How to Film a Movie in Israel - Brief Guide 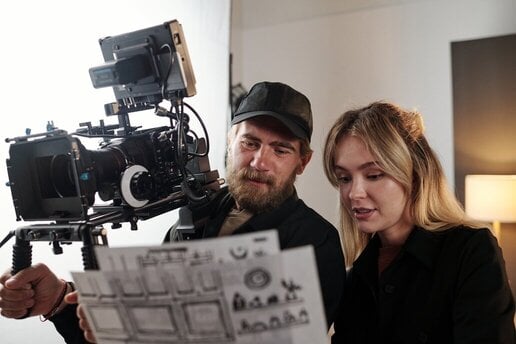 Are you interested in filming a movie in Israel? With its diverse range of locations, rich history and culture, and thriving film industry, Israel can be the perfect setting for your next film project. However, it is important to be prepared and to follow the necessary steps in order to ensure a smooth and successful film in Israel.

In this blog post, we will provide you with a comprehensive guide on how to film a movie in Israel. From obtaining a film permit to choosing the right locations, we have you covered.

Working with an Israeli production company can be beneficial for several reasons. They can help you navigate the local regulations and logistics of filming in Israel, and can provide you with local crew and equipment rentals. They can also help you to find suitable locations and to coordinate with local authorities. Look for a reputable and experienced production company with a good track record of working on film projects in Israel.

Israel has a wide variety of locations to choose from, including beaches, deserts, mountains, and cities. Some popular locations for filming include the Old City of Jerusalem, the Dead Sea, and the Tel Aviv coastline. It is important to consider the logistics of filming in each location, including access to transportation, accommodation, and local amenities.

It is important to coordinate with local authorities, such as the police and municipality, in order to obtain permission to film in certain locations and to ensure that your shoot does not disrupt the local community. This may involve obtaining additional permits or paying fees for the use of certain locations.

Israel has a diverse population with a range of cultural and religious customs. It is important to be respectful of these customs and to follow local laws while filming. This may involve obtaining permission to film in certain locations, such as religious sites, and being mindful of cultural sensitivities.

Plan for the logistics

Filming a movie requires a lot of planning and coordination, and this is especially important when filming in a foreign country. Be sure to plan for transportation, accommodation, and meals for your cast and crew. It is also a good idea to have a backup plan in case of unexpected delays or complications.

Prepare for the weather

Israel has a Mediterranean climate, with hot and dry summers and mild, wet winters. It is important to be prepared for the weather and to plan your film shoot accordingly. Make sure you have adequate sun protection and hydration during the summer months, and be prepared for possible rain and cooler temperatures during the winter months.

In order to film in Israel, you will need to obtain a film permit from the Israel Film and Television Administration. This permit will allow you to film in various locations and will also provide you with insurance coverage. The application process for a film permit can take several weeks, so it is important to start this process as early as possible.

Overall, filming in Israel can be a rewarding and memorable experience. By obtaining the necessary permits, choosing the right locations, coordinating with local authorities, hiring a local production company, and respecting local customs and laws, you can ensure a successful and smooth shoot.

If you are planning to film a movie in Israel, we hope this guide has been helpful. Remember to start the process early, choose the right locations, coordinate with local authorities, hire a local production company, and respect local customs and laws. With careful planning and preparation, you can create a memorable and successful film shoot in Israel. 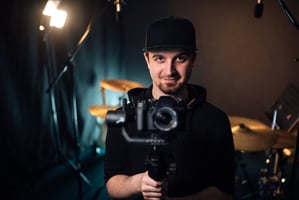 How to Choose a Videographer in Israel

When it comes to choosing a videographer in Israel, there are several factors to consider. The...

Video production services in Israel are becoming increasingly popular as businesses and...

How to Hire a Music Video Production in Israel

Are you in the process of choosing a music video production company in Israel to bring your musical...